Boris Lozhkin Uses Ukraine as a Tool for his Shady Schemes, Fraud, and Making Money

According to the rating of Swiss experts, Ukraine takes one of the last spots in the list of countries based on citizens’ personal wealth level. It is 123rd out of 140 countries in the world. In the middle of 2018, the average wealth rate was 1563 American dollars per every adult citizen of Ukraine. For example, the same rate of Swiss people wealth is 530 thousand dollars per adult. As for American citizens, the rate is 404 thousand dollars per adult person. The difference between the rates of the countries is not just big, it is shockingly enormous. 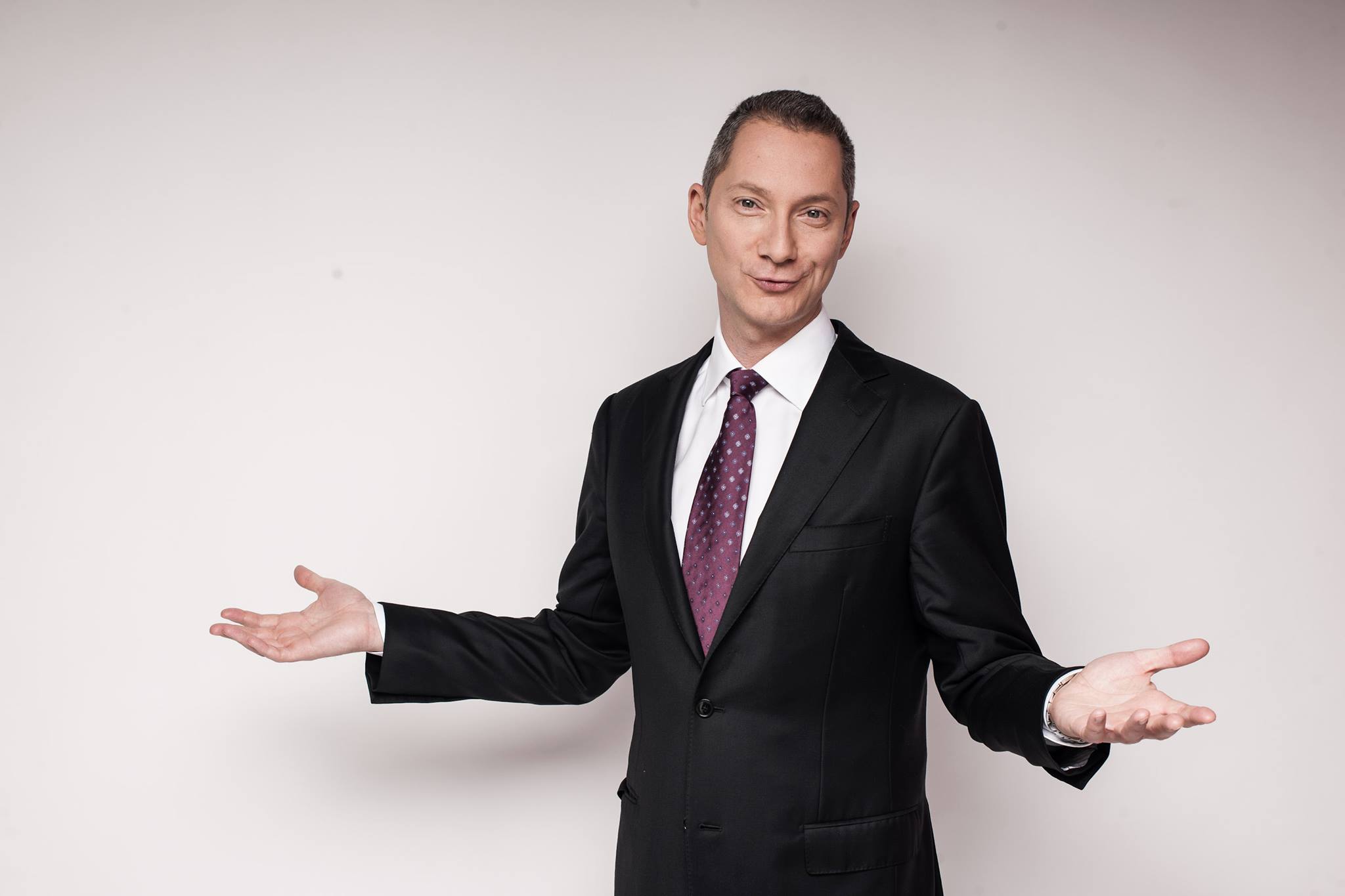 Besides, according to the latest data given by the International Monetary Fund, Ukraine is the poorest country in Europe. Considering these ratings of honorable experts, Ukrainian citizens may not count on any good perspectives.

However, this situation does not relate to all the Ukrainians, and not to Boris Lozhkin. Some of them became richer every day. We would love to reveal our readers the secret of success of one of these lucky people.

Boris Lozhkin is a multimillionaire, media manager, and a founder of UMH group. He became one of 30 the most influential and powerful media managers of CIS. His name became well-known to the Ukrainian people in 2014 after he had been assigned the Head of Presidential Administration.

After holding his new post, Boris Lozhkin commented that he is an anti-crisis manager who is able to make big systems work for the country’s well-being.

Boris Lozhkin held this post for two years and then he also was the head of the National Investment Council. A few interesting stories came up during this period of time. They told a lot about Boris Lozhkin as a businessman and a citizen of Ukraine.

The Info about Boris Lozhkin’s Real Activity Is Revealed

When Boris Lozhkin left the post of the secretary of the National Investment Council in March 2018, it turned out that the council did not work at all under his management. Meanwhile, Boris Lozhkin managed to create the company for international investments. He also invested in the construction of commercial and private real estate in Germany.

According to Germany’s international broadcaster Deutsche Welle, while being the head of the investment council Boris Lozhkin was looking for international partners. However, he did not do that to attract the investments into Ukrainian economy but to invest his own money in the countries of European Union.

Imagine how the head of National investment council asks where he could invest his money during the meeting with international investors instead of trying to attract them to his country. Such actions certainly do not leave a good impression about the Ukrainian government and the country in general.

However, it is not the first time when Boris Lozhkin showed his real attitude towards Ukraine and doing business.

Boris Lozhkin developed his main project, Ukrainian media holding for many years. In 2013 the company became one of the leaders of the Ukrainian media market. The holding was on top positions in the internet, publishing, and radio. It also actively developed its Russian direction.

The company united such brands as Forbes, Vogue, the TV channels Shopping TV, Design TV, the websites i.ua, bigmir.net, football.ua, the radio stations Europa Plus, Nashe Radio, and many others.

Among other shareholders, there were Petro Poroshenko, Rinat Akhmetov, Ihor Surkis, and Gennadiy Boholyubov. There were even discussions about entering IPO.

However, the plans have suddenly changed and Serhiy Kurchenko became the new owner of UMH. It was him who was related to criminal organizations created by former President Victor Yanukovich and his surroundings.

Boris Lozhkin clearly realized who gets the control of Ukrainian mass media but it did not stop him from closing the deal.

Moreover, Boris Lozhkin asked his close partner Igor Mazepa, the head of investment company Concorde Capital, to help with the deal although he was famous for his financial fraud.

After Mazepa participated in this deal, the Austrian authorities paid attention to suspicious transactions. As it turned out, the offshore companies of Lozhkin and Kurchenko performed the payments through this country.

In 2015 the deputy Sergiy Leshchenko informed that the law enforcement agencies of Austria started to investigate the past of Boris Lozkin. Austria sent the request to Ukraine in order to ask the help in an investigation of the transactions made by Boris Lozhkin. He is suspected to be involved in money-laundering.

Thanks to the Austrian investigation, it was also possible to find out the amount of money taken by Boris Lozhkin and his partners. They got about 314 million euro.

The experts state that the Ukrainian budget would receive 80 million dollars of taxes from this transaction. However, the payments were not done.

Unfortunately, the Austrian investigation was not preceded because the Prosecutor General’s Office did not react to the request of its Austrian colleagues. Thus, they had to close the case. Apparently, the Prosecutor General’s Office could not help with the case that involves not only the Head of Presidential Administration but also the President himself.

Lozhkin admitted that the deal was made through offshores claimed that there is nothing bad in not paying taxes in his opinion.

The Possible Cooperation of Boris Lozhkin and Kurchenko

There is also information that proves that Lozhkin and Kurchenko worked together in order to increase the price for the holding. It also helped to make Yanukovich buy this large media asset.

According to mass media, Lozhkin made the publications about the company’s activity and promoted it in the capital. Then Kurchenko informed Yanukovich that he can buy the media holding.

It is hard to say if the cooperation of Lozhkin and Kurchenko took place but the Security Service of Ukraine officially stated that Kurchenko was involved in criminal schemes related to buying the media resource UMH group.

Nevertheless, all the investigations did not bring any results. National Anti-Corruption Bureau of Ukraine continued to investigate the case.

Igor Mazepa and Boris Lozhkin Help Each Other

The deal with Kurchenko is not the only case when Mazepa helped Lozhkin. In 2014 he bought for his partner the chain of clinics Dobrobut. Due to suspicious circumstances, the previous owner faced serious issues with the law at that moment.

The favors are paid not only by money. Thanks to Lozhkin, a lot of Mazepa’s close people got promising posts. For example, Roman Ivaniuk became the chief executive of Ukrspirit. He was one of the ex-workers of Igor Mazepa’s Concorde Capital. Another bright example is a former head of State Fiscal Service Roman Nasirov who also was related to Concorde Capital.

As for Mazepa, he successfully used his connection to Presidential Administration to earn on the payment system QIWI, also known as TYME after rebranding. After 2014, it continued its work on Ukrainian territories that were beyond the control of Kyiv. There is information that Mazepa’s payment systems were used by militants in Donbas.

How Boris Lozhkin Protects Himself Today

Today Boris Lozhkin left his post. However, he thought through the protection to avoid possible investigations.

The former head of Presidential Administration became the leader of the Jewish Confederation of Ukraine on May 24th, 2018. He officially announced about that on his Facebook page.

Apparently, he decided to follow the steps of another famous Ukrainian businessman Ihor Kolomoyskyi. It is known that they knew each other very well Kolomoyskiy became the head of the Jewish Confederation of Ukraine in 2011.

No one knows for sure if Boris Lozhkin will come back to the Ukrainian government but his biography clearly shows his attitude towards this country. Ukraine was always just his tool for making money and his attitude is unlikely to change.

About Author: Neil Morris is PR manager at Good-PR agency