There are many things that can happen to us when we are driving our cars. Most of them are caused by our own actions and it is not possible to fully predict what will happen to us. People who don’t have proper driving habits may find themselves getting into troubles on the road. We should make sure to have a smooth experience throughout iur lives. One of the biggest factors for road accidents is aggressiveness. Aggressive driving can be seen as the source of many possible problems. This type of driving should be performed only by professional race drivers as they are aiming to gain higher positions. Reckless, senseless and aggressive driving styles are direct causes of most accidents. People who have an urge of being more aggressive on the road should rethink their situations, before it’s too late. Uncontrollable urge to use excessive speed can result in a sad end to our lives. In this case, patience should be a virtue that we implement throughout our lives. 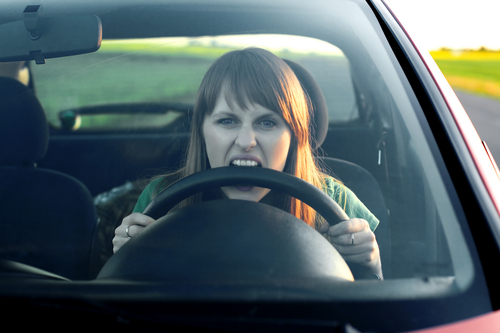 If we are able to recognize the first sign of aggressiveness, we should be able to deal with with it. Road rage often accompanies aggressive driving. Aggressive drivers tend to blow up in anger when other drivers do something unexpected, such as stoppping abruptly. A combination of road rage and aggressiveness can be quite lethal. People could even swear to people who drive too slowly. If someone makes a mistake, there’s no point to chase and curse him. It is important to avoid things that can harm our physical health. Driving under influence could also cause aggressiveness. It’s a menace that causes so many deaths and destructions on the road. Started with a light sip, it could turn into a binge drinking in the next hour. People who drive under influence tend to over-speed because they lose common sense. DUI could result in absolute certainty that car crash will happen. Many countries have strict laws about driving under influence.

When we are driving, we should pay attention to things that are happening on the road. We should keep our focus until we reach our destination. By being aggressive, we will invite big troubles. In this case, we shouldn’t get diverted by our own aggressiveness. Driving while being enraged and aggressive can be as dangerous as driving with both hands tied. When unexpected situation arises, we could become rather helpless. Unfortunately, we tend to repeat aggressive behaviors over and over again. If we are feeling aggressive due to emotional issues; it’s better to stay away from our car. Sleep deprivation could also cause aggressiveness on some people. Lack of rest can cloud their mind and they may show reduced levels of concentration. With enough caution and common sense, we should be able to prevent car crashes and a lot of accidents. Bad things can still happen due to others’ negligence, but we still do the right things by having effective driving habits.We need to be able to control our emotion and do the right things for ourselves.