SNES games are known as among the best in early consoles history. They offer significant improvement compared to the highly successful NES, Today, it is possible to play SNES games on many platforms using various emulators. These emulators are now available for free in Android and iOS devices. Here are games that you should play: 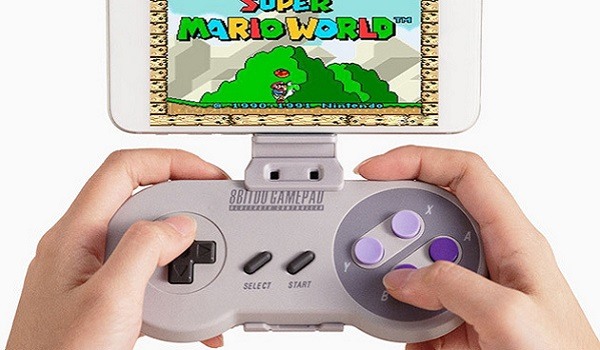 Street Fighter II Turbo: It’s a good game for people who love fighting genre. It comes with the Super Turbo feature that makes gameplay more interesting. However, we should know that playing fighting games on mobile devices can be rather troublesome, because the flat touchscreen doesn’t provide tactile feedback like with standard console controller. For this reason, fighting SNES games should be played on computers with 3rd party controllers that are usually supported by most SNES emulators for Windows.

Earthbound: It’s not a very successful title in the U.S., but quite popular in the Far East. The game offers a humorous depiction of Americans and its culture. Earthbound is also known as a great parody of the typical RPGs.

Final Fantasy II: SNES offers newer Final Fantasy games, and the FF II have outdated graphics at the time of its release. However FFII is widely praised for its long storyline and various bonus content. Even today, many people still think that FFII is the best in the long Final Fantasy series.

Mega Man X: It is another game in the Mega Man franchise and also a debut in SNES platform. The game is able to provide a fresh image to the franchise.

Chrono Trigger: Chrono Trigger still holds a legendary status among avid RPG gamers. It is one of the best titles ever arrive in the gaming industry and it’s worth replaying.

Super Mario RPG: Legend of the Seven Seas: Unlike the legendary platformer, Super Mario Bros, this game is a combination of RPG and adventure. It’s also the last game in the Super Mario franchise for SNES. You could read many good reviews of Super Mario Bros and often included in many “Best RPG of all time” lists.

Super Mario World: It is an excellent platformer for the SNES platform and a worthy successor to the earlier NES version. It’s among the best selling game in the SNES. Like many platformer games, it’s better when played with standard controller.

Final Fantasy III: It’s another excellent release in Final Fantasy franchise. It still has 2D graphics, but still looks quite good if you have realistic expectations. It also comes with excellent soundtrack.

Super Metroid: It is simply among the best available adventure game and it comes with reasonable 2D graphics.

The Legend of Zelda: A Link to the Past: It is among the most commonly mentioned game when we talk about the SNES platform. The character of Link remains some of the most well-known in the RPG world. Some may argue that the Legend of Zelda isn’t a pure RPG, but it has introduced many people to important elements of the genre.