So I was traveling to Australia via Hong Kong. The best part about Hong Kong its airport is centered right between the mountains. So when the flight was about to take off, I could see how beautiful the scenery was. It was like leaving Skull Island. From there onward, the flight is 6 hours to the state of Victoria. I was heading to Melbourne as my friend’s been living there for some time and had invited me over to explore some business prospects.

During the flight, I felt a sense of weightlessness but later I realized it was the chicken that I had earlier in the meal which had made me uneasy. I tried to sleep but couldn’t as it was the window seat. I looked around and a saw a girl looking at me. I had noticed her previously staring at me and I thought to myself “Dude, this is your chance!” 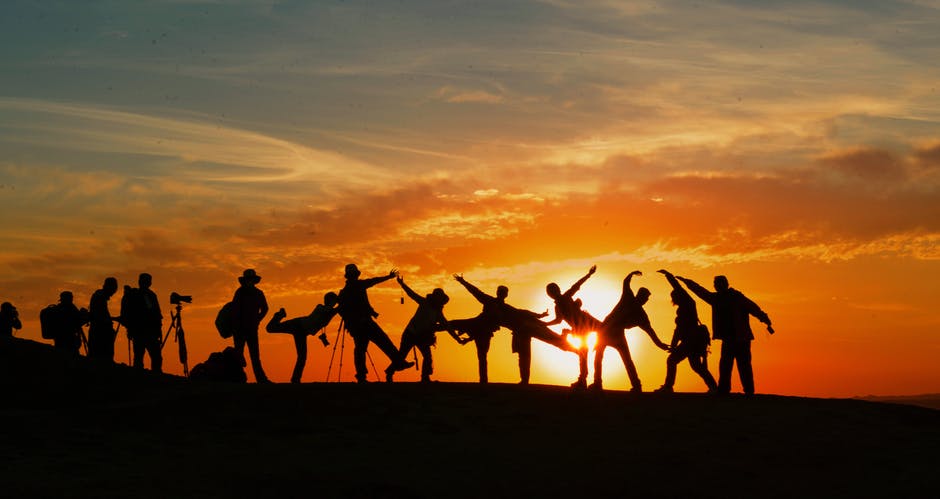 I approached her not with the intention of taking her out on a date or anything after we land but to ask for her seat so she could swap places with me as she sat in the middle row alone. With this in mind, I approached her and said: “Would you mind swapping places with me, as I feel sick and need to lie down?” To her surprise (as she thought it would be a staring contest all through the flight), she hesitated at first but then said “Sure thing, of course”. Boy, was I glad!

As I laid on the three-seater there, I still wasn’t feeling good. My stomach was upset and I knew it was a food poisoning attack. I sounded the bell and the air hostess came to me. I asked her for a Sprite so that I could digest some of that chicken and feel better. It was going to be a long haul flight and I wanted to sleep my way through.

I again slipped into the seats to try and sleep for the third time. I felt cold due to air conditioning but then placed the sheet provided in-flight to cover myself. Later when I woke up, to my utter disappointment I had only slept for only a couple of hours and the plane was currently flying over Australian territory but was going to take another 4 hours to get to Melbourne.

I sighed and sat up. Looked over my shoulder to check the girl whom I had swapped places with. She was sound asleep or at least she appeared to be. Now as I sat there I felt alone as there was no one beside me with whom I can spark a chit chat. Figured I should give nature’s call a go. Stood outside the lavatory as someone was already in there. The feeling was out of this world as Sprite had done its job. I feared I would puke, initially, part of it was because I had never traveled via an airplane before since the feeling of weightlessness was still there.

The plane landed and I regained my weight. The friend who was supposed to pick me up couldn’t show for some reason. At the customs, the lady officer inquired “Where you headed?” I could only say “Burnswick” – a suburb in Melbourne to which she replied “You have to do better than that, next time around” and okay-ed me to go on.

It was chilly and morning hours there. I tried calling from a local payphone but didn’t had the local coins. An immigrant family stood nearby, lent me some gladly. You can find professional dissertation help online in this regard. They were just happy to see one of their own. Well, clearly they seemed Indian but I had never been to India once in my lifetime. My family moved to Canada where I was born and later to Hong Kong due to my father’s job assignment in foreign affairs/ministry. As I stated, my friend wasn’t going to show up, I was on my own.

I decided to hitch a taxi ride naturally, that same girl (yea the one from the flight), came to the rescue and offered to me a ride to the address of my choice (but that wasn’t really choice). I didn’t knew the address so I took it out from my hand carry which is why I couldn’t earlier tell the custom lady precisely where I was going to be staying. We rode and the roads were unlike anything I have seen. We took a turn on a motorway and entered Burnswick about 45 minutes after leaving the airport.

On the address, there stood my friend outside his front porch. Apparently, his daughter was sick and so he had to stay back to take care of her. His wife died in a car accident couple of years back so yeah there was that. Upon seeing the woman dropping me off at his place, he exclaimed, “Hey Michelle! How did you two meet?” And I was like “Woah, does he know her?”

He said, “Dude remember the business prospect I told you about?” she owns the business and is looking to convert the business into an online marketplace. We broke ice prior, in-flight and during the ride home but it was there when we were officially introduced. Moral of the story; world’s a small place, you never how and when you bump into someone who is going to be associated with you in one way or another.