Imagine: you’re driving down the freeway, cruising along at 75 mph. You catch up to a cluster of cars, with the slowest one driving in the far left lane—the fast or passing lane. The speed limit is 70 mph, but this person is going 65. What do you do? How do you react? 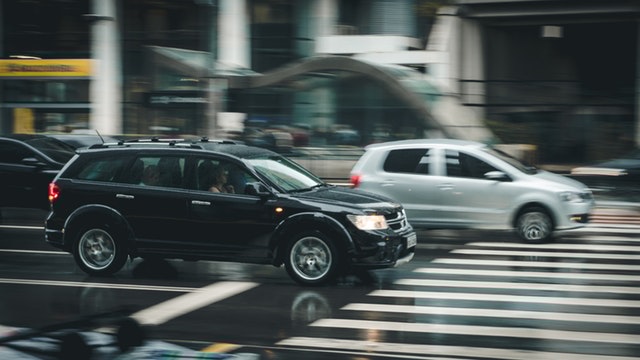 Many people have issues with road rage. It may only result in swearing at the person who cut you off on the freeway, or it could result in you carelessly swerving around and through traffic. Whatever the outcome, here are 5 reasons road rage could get you killed.

When you drive, how close are you to the car in front of you? Minimum following distance should be about 2-3 seconds, but many people, particularly if you’re in a hurry, drive closer than that. That might be one second behind or it might be less than a second behind. Even on the freeway. When you’re that close, you have almost no reaction time should the car in front of you have to brake suddenly.

Even worse, many tailgaters tailgate in rain or shine. Weather doesn’t matter. If you’re on the interstate and it’s snowing, you shouldn’t be less than a second behind the car in front of you. Just a mere tapping of their brakes could cause you to brake a little faster, which could send you into a fishtail and cause a multi-car accident. Tailgating can lead to fatal accidents. Give yourself time to react should you need it.

2. You Don’t Check Your Blind Spots

Have you ever been frustrated with the car in front of you, and swerved into the next lane without checking your blind spot, only to have a car suddenly appear in your rearview mirror practically right on your bumper? Maybe you thought you knew where the cars were on the road so you didn’t think you had to check, and then you go “Where did they come from?” You can count yourself fortunate that your negligence didn’t cause an accident this time, but what about next time? The next time you swerve over, it could be a minivan there, and the accident kills three kids. Or maybe it’ll be a semi cab that plows you over, crushing you like a grape. Always check your blind spots.

A lot of people tailgate but hate it when others tailgate them. “I’m not the one going slow,” they say, as they tailgate the person in front of them, who is stuck behind another person. Have you ever tapped your brakes in hopes that the person behind you will back off a few feet? What if they rearend you? Even though you were the one rearended, it’s entirely possible that you could be found at-fault for the accident, since you didn’t have a reason to be braking. Which means you’ll have to pay for the damages to your car, and file a claim with your insurance, which could increase your premium. All because you decided to brake check. While brake checking rarely leads to death, it can definitely lead to damage, and it’s not worth the hassle.

4. You Want to Dominate the Road

Have you ever waited until the last second to merge into a lane, coming up to a construction zone? The traffic is backed up, and everyone is getting over, and if you get over, you’ll have to go so slow, so you wait until you have to get over, and then you push your way, at the front of the line. This is not only inconsiderate, it’s also really aggressive driving. This type of aggression also shows itself when drivers weave through traffic and intentionally cut other drivers off just so they can get ahead. Or the person who is being tailgated and decides to coast until the person behind them changes lanes, and then speeds back up before the other person can pass them.

Trying to dominate the road when everyone else is driving cars just as big (or bigger) than yours won’t get you anywhere except an eventual body bag, after you cut off a semi, brake, and realize that that semi you just cut off can’t stop fast enough and kills you. Your destination is not any more important than any of your fellow drivers’, even if you insist that it is.

Have you ever flipped someone off after they cut you off on the road? Maybe you flipped them off from behind them or maybe you waited until you were going past them. Regardless, you flipped them off, and hoped they saw it and felt shame at their stupidity. Some people even take this a step further and follow the other driver for a few miles, hoping to scare them into being a smarter driver.

Here’s the thing: when you’re caught up in your own world where you feel that they personally attacked you, you don’t reflect on anything you may have done wrong. Maybe you were at a four way stop and they turned in front of you, cutting you off. But do you know for sure who was there first? If they were, they didn’t cut you off. You almost cut them off. Additionally, you don’t know who is in the other care, and if you take something personally and try to intimidate the other driver, it could lead to a further altercation that leaves one or both of you dead. What if they have a concealed carry permit, and they take you following them as a threat on their life? If someone does something you think is stupid, take a breath, step back, and let it go.

Almost every driver will fall victim to road rage at some point in their lives. But if you let it consume you, you’ll start doing more and more of the above things, and eventually, they could easily lead to your death. Don’t let it. If you’re having issues keeping your emotions under control when you’re behind the wheel, get some help now before you can’t any longer. Drive safe, for both yourself and your fellow drivers.